Taking the writing and eating to the next stage 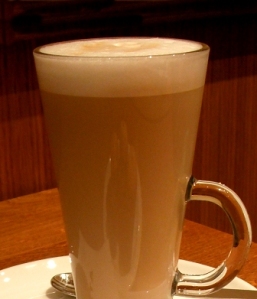 Phil: Last week I brought the history of our book writing up to the middle of 2010. To recap – Candice had left the quango responsible for starting us on the road to authorship. I was still sitting there feeling all lonely, deprived of conversation and cake. Actually there was loads of cake around at the time; people seemed to have nothing better to do than buy the stuff and leave it in the kitchen but I resisted since I also had been given a date when my services as a contractor were no longer required, and felt it better that I still fitted into my job interview clothes.

It’s funny how things work out. Candice quickly bagged a job with a financial services company 15 minutes walk from home. Travel agents rejoiced at the thought one of their best customers would still be in employment but I was less impressed when I realised that for the time being I was going to be doing most of the actual putting words on the page. For some unaccountable reason her new employers actually expected their staff to do some work during the day. Work that didn’t include daydreaming about giant cabbages and exactly what happens to a good suit when you try and talk someone out of a toilet. However, it quickly transpired that the same company needed a web person to sort out a project they were working on. Someone who could learn how to use the sytem quickly and then make sites happen and happen well enough that real live people could both use an understand them. A few days after leaving the quango I was sat in an office in Solihull wearing my best interview jacket. The next week, I too had proper employment again in an office with a familiar face occupying a desk on the other side of the room.

From the book’s point of view, this was a good thing. We could write in the evening and weekends – when not too knackered from the shock of a busy day after weeks of lethargy but best of all there were plenty of lunchtimes for chatting. While the office was generously supplied with eating areas called “The Bistro”, not actually a bistro you understand, but a room with vending machines, a kitchen and some tables to eat at. Nice comfy chairs and a good view too, if you ignore the rooftops of the nearby shopping centre and concentrated on the distant hills.

The proximity of the town meant other places to eat and chat with cake possibilities too. The cupcake shop had not opened at this point, which was probably a good thing since spending your wages on fancy confectionary probably isn’t the smartest thing in the world, but Costa Coffee was only a couple of minutes stroll away and if you time it right, not too busy. Once a week we’d sit and talk book over a nice hot chocolate (for me) or some weird herb based tea stuff (not me). Sometimes this would be accompanied by cake, or my favorite meatball panini if I was working in the evening as well.

Coffee shops, especially chain ones, seem a relatively recent innovation, yet the fit with writing is very good. Maybe this is an affectation imported from America along with chinos and dress down Friday. British writers used to hail from grimy pubs full of dark and smoke and beer but they probably didn’t have to go back to work in the afternoon and try to figure out how to drive a computer to get the right APR numbers on a web site though. For aspiring novelists coffee shops are the place to be. Perhaps after book 2 you get to spend all day in the pub. I hope so.

And the other good thing about the new job ? Lots of new people who could donate their foibles to characters in the manuscript. (evil laugh).