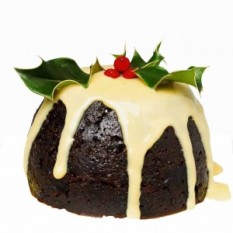 Phil: One of the things most people overlook when they consider being a professional writer is that you don’t get paid like normal workers. When I’m not being an aspiring best-selling author, I write for hobby magazines and have a bank account that shows the strain of this sort of work.

The way the world works is that you write some stuff and submit it to an editor. He or she then decides if they want it. Assuming all is OK, the article goes in a pile.

One day, the editor will look at the pile and hopefully pick out your article for inclusion in the magazine. Exactly how long this will take is a mystery. Editors create a “flat plan” of each issue aiming to produce a publication with a mix of content most of the time. Thus if your piece fits the mix it’s in. If it doesn’t, it’s back to the pile for next time. Think of it being like the way an artist uses paint from a palette – he will have a selection available and use as much of each as is required to paint the picture. If they decide yellow is not required, then the yellow squirt is untouched. The main difference is that you can’t put the yellow back in a tube.

Anyway, the article goes in the mag, the sub-editor fiddles with it, a designer does stuff on a Macintosh computer and then the printer has a go. Eventually the magazine finds it’s way to the racks of WH Smith or similar. All being well, people buy it and the publisher makes some money. This is good because if they have some, hopefully the author will get a bit of it.

What happens next depends on the individual publication. Some of those who pay me send a sample issue containing a cheque. That takes a month from the date of publication, sometimes more.

Others like to be invoiced. That’s quite scary for new authors but a quick search on the web will find some sample invoices which can quickly be gingered up with your own name. Fill in the boxes with the correct amounts (Since I provide my own photos, payment is by the page) not forgetting to include any expenses that have been agreed. You don’t get much and must never try to slide anything by if you want to work for the editor again, but it’s important to get all you are due.

The publisher will probably want to do bank transfer. This is good as far as I am concerned. Firstly, the money arrives quicker. Second, it’s a pain to set up so discourages the editor from breeding a pool of too many authors. Once you are in, you are in. Sort of. There are sadly grey people in accounts who don’t mind doing admin so it’s not that much of a deterrent.

Anyway, you send the invoice off an hopefully it gets paid. Sometimes quickly, sometimes not but usually within a month.

The point I’m making is, all this takes time. A feature I wrote in October last year will appear in the March issue. Although this arrives in February, payment will be in March. That’s 6 months from typing to spending the cash. If that sounds like a long time, it isn’t. Two or more years isn’t uncommon.

Even if you have a regular column, the delay can be significant. I wrote the stuff for a February issue before Christmas, payment in March again.

Now I don’t just write for a living. I also work front of house at a theatre and in December we have pantomime. Loads of work, means better than average pay for the month but this comes at the cost of less writing time. Less typing means less magazine money but not at the same time as the extra panto money arrives. No, Christmas has a sting in its tail as my  lighter output will result in less income in a month or so.

The trick is to try and front-load editors as much as possible. Once you have a good relationship you need to get a lot of good-quality content in that pile so they can keep pulling it out without reaching the bottom while you are doing other things such as being on holiday or ill. Some pieces will have faster progress through the system such as product reviews or newsworthy content but unless a feature has been commissioned, it hits the pile.

The same problem hits book authors of course but with a massively greater lead time between writing and earning. I think JK Rowling had at least a years gap between acceptance and cheque arrival other than an advance that would last a month. This is on top of the writing time required for a novel. If our book were picked up tomorrow, 2013 is the earliest we’d see the first million pound cheque.

Still, all that sitting around in front of the screen isn’t really hard work is it ?

3 responses to “Write now for Christmas”