Love is in the air ! 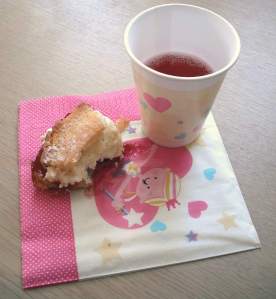 Candice It’s not going to be a long post, this, as I have returned from a cinema trip to see Girl with a dragon tattoo and I’m pooped. However, the whole thing got me to thinking about the whole ‘love thing’ and how it is portrayed in literature and on TV.

Now the film I’ve just been to see is not a good representation of this at all, but the one I went to see yesterday might be closer. Though it was War horse and that’s not man woman, it’s man horse ! However, bestiality aside, the whole things left me abit cold as I like strong characters and strong relationships and that film gave me neither, just soppy bits and a funny red skyline (see the film and you’ll understand) I do wonder if Spielberg has shares in kleenex.

When reading my customary holiday read, chick lit, I get really annoyed if the main female character goes all woosy when she gets a bloke. It winds me up so much I sometimes can’t finish the book. So when it comes to Nolanparker style you know you are going to get a good, strong female character. It doesn’t mean she’s perfect, not by any means, but her scrapes along the way make her more human, but not a walk over.

Think Pride and Prejudice rather than Mills and Boon. However, on this famous day, would any of these ladies be getting a Valentines card? To be honest I’m not sure, possibly because any man in their life might think they wouldn’t be interested, and I think they are more likely to be senders than receivers, it’s a control thing !

On that note I’ve recently found a new TV show that I like, called ‘lost girl’. The premise is interesting and the main female character, plus side kick, have guts but don’t always make the right choices. I suppose, if we were to even move from novels to scripts, this is the kind of person I would write. Think Buffy for the noughties. Not sure if Bo from Lost girl, or Buffy, would be that interested in Valentines day, they’d probably be too busy saving the world!
So, who’s your favourite strong female character ? And would you send her valentines card?