I was born too late to write books for children 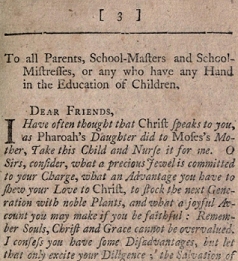 Phil: It’s no secret that I am not a fan of children. Far too many are badly behaved little pain in the backsides who should be isolated from adults until they learn not to run around a restaurant screaming and stop playing their rubbish music on tinny mobile phone speakers while I am on the bus. That and I’m too old for Lego so I don’t see why they should be allowed to enjoy it.

It turns out though, that in days gone by, I would have been just the person to write for the little darlings. One of the first books aimed at the ankle-biters was Sigimund Feyerabend’s “The Book of Art and Instruction for Young People Filled with Legend and Fables and Folk Tales with Illustrations”. Now that is a title. Imagine how long the book itself is. Back in 1578, presumably youngsters had longer attention spans than today. The lack of TV advertising helped, I can’t see this appearing on CBBes or whatever it is they watch nowadays.

It’s not books with long titles that I wished I’d written. No, I want to terrify the little tykes. Once upon a time, books weren’t merely adjuncts to toy adverts. They were there to improve the minds of the reader. Which is presumably what James Janeway intended when he wrote “A Token for Children: Being an Exact Account of the Conversion, Holy and Exemplary Lives, and Joyful Deaths of Several Young Children.” in 1771.

Not exactly Harry Potter is it ?

You can read the book on-line here. Perhaps as a bed time story for your little darlings.