Are we going backwards? 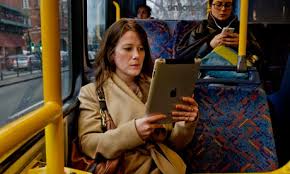 Candice: I read with interest on yesterday’s BBC website news that the previous owner of Waterstones believes that ebooks are already in decline.

I’ve previously written about how I am not sure about the whole e-reader thing.  I go as far as to buy books to read on my iPad but I still prefer the physical item than a tablet. So whats in it for Tim Waterstone, especially as he doesn’t even own the shop any more? To quote Tim, “E-books have developed a share of the market, of course they have,” he said. “But every indication – certainly from America – shows the share is already in decline. The indications are that it will do exactly the same in the UK.”

According to Tim the physical nature of a book is so rooted in our psyche that we will struggle as people to all adopt the new technology.  Now I’m not sure about this as we all survived without mobile phones a few years ago but now you can’t move for people playing with them like they are an umbilical cord.  In fact, I watched ‘One born every minute’ tonight for the first time ever (thank god I didn’t watch it before I had Erin) and  the first thing everyone did after giving birth was pick up the phone.

I also don’t disagree with him as I like a book to hold and feel but I am not sure the march of technology will stop just because the man who had a book shop says so.  I think its more important that we actually save the idea of reading as a whole rather than the format, I don’t care where people get their writing fix from as long as they continue to do it.

2 responses to “Are we going backwards?”