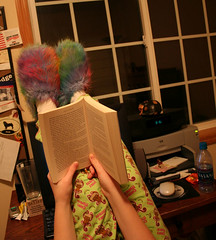 Phil: I’ve been back on the query letter treadmill recently.

There has been much trawling through the Writers’ & Artists’ Yearbook looking for agents who aren’t based in London. We’ve nothing against an agent residing in the capital it’s just that we think they may prefer authors from within the M25 and that isn’t us. If anyone wants to prove me wrong, feel free, but when faced with many pages of potential contacts, you’ve got to reduce the list somehow.

Anyway, last Saturday I e-mailed off another query complete with letter and fully proof-read first 3 chapters. Later on, while checking my phone in the pub (I was waiting for my mate to come back with his round and looking at your phone says, “I’m not a weirdo loitering for no reason” to anyone who looks your way. Or at least most blokes think it does.) I spotted a reply.

Sadly, the reply was a rejection, but a good one.

This looks a good read. Sadly, it wouldn’t be quite right for our contacts.

All we have even wanted to do is write a good read. We’ve never claimed to be knocking out the sort of complicated literary stuff that gets the hard-core critic excited. We just want to entertain a few people. People who might be sitting beside a pool somewhere or curled up on a sofa with a steaming mug of tea and a slice of cake.

It’s important to remain positive as you struggle towards being published, so we’ll take this little morsel and thank the kind person who made both of our days.

Now, if we can just find someone who thinks the same thing AND has suitable contacts…

3 responses to “A positive rejection”