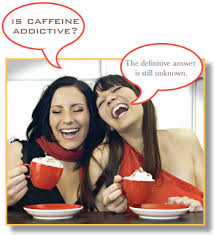 One response to “Running on Caffeine and Sugar”