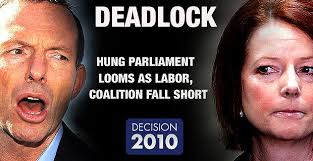 Candice: I hope that you are all relaxing and enjoying the Easter break.  In the UK most of us get Friday and Monday off as bank holidays and its time to relax, spend time with family, and catch up but without any of the pressure that comes with buying presents at christmas.

So I’ve done some gardening (before the non-stop rain arrived), done a big food shop and been to the gym so its time to sit down and find out what James Bond film is on and get a glass of wine on the go.

But there is also something else big going on in the UK.  They have announced the date for the next general election, five years since the last. Five years ago Phil and I would have also been relaxing this weekend as, Easter was over the same weekend, without really knowing what was going to hit us in the next few weeks.  Coming back from Easter Gordon Brown dissolved Parliament and then called for a General Election.  At the time we were minding our own business ticking over at a Labour set up Quango designed to promote technology in Education.  We’d already worked out that we had a similar  sense of humour and if I was in the office I’d try and sit near Phil, but little did we realise what was coming next.

So on our return from Easter all hell broke loose as new government potentially meant no job.  This didn’t bother Phil and I quite so much as we were only contractors and at some point wouldn’t have a job full stop, but for the rest of the staff who had been ticking over this would mean the end of the world.

So on May 6th there were a lot of people watching the TV screens in the office when the announcement was made.  An audible gasp came when it was discovered it was a hung Parliament and that they didn’t know who would be in power.  More time to have to wait and see what would happen next…