Focussing on why we are doing this 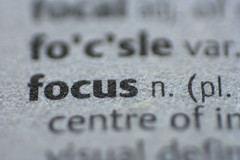 Phil: Tuesday saw the first of our Book 2 deadlines pass and as Candice commented, we missed it. Fortunately she’s still so mellow from her holiday that we’ve agreed to just move the deadline 6 months.

A deadline has been useful in motivating us to get words on paper but ultimately, the only people who care are us. And if we say the deadline can move, it can move. It all comes down to why we are doing this.

I think we do it because writing a story is fun. When we sit around a table talking about plot lines we both come alive. This isn’t just the sugar rush from the cake we’re stuffing ourselves with, bouncing ideas around is really, really fun.

OK, so the fun has to come to an end and serious writing has to begin but once the keyboard hammering is done, there is the delight of waiting to see what the other half of the team thinks of the new words, or the fun of reading something new featuring our characters. Sometimes the story evolves in a different direction to the discussions and that’s good too.

So, we need a deadline and will try to stick to it but for the moment, life gets in the way for both of us.

Serious entrepreneurs would argue that a laser-like focus on the project is the key to success. That’s fine but Phil’s still gotta eat so paid work needs to come first. After that I’ve a project that may in time become proper paid work to gobble my time. For the moment then, neither of us expects to be able to live off the proceeds of The Book. Well, at least not if the Nolan shoe and bag budget isn’t to take a massive hit anyway.

Does it matter? Money isn’t everything and writing fiction provides a different sort of reward. Maybe in an ideal world, we’d both chuck work in and become full-time authors.

But I wonder if that would take some of the fun out of it?