Brexit. How would Kate vote? 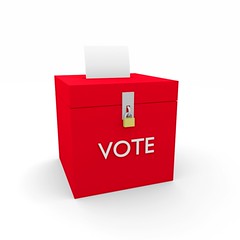 Phil: Today is the day. We can all toddle off to the polling station and do something democratic.

For what seems like several year, the two sides have been shouting at each other, and anyone else within earshot. Some of us have even tried to take an intelligent interest and concluded that it would be more fun to beat the leaders of both campaigns with a large, wet, fish.

This isn’t helpful though, so with my authorly head on, I wondered how each of the main characters in our book would vote.

Kate – A no-nonsense voter, I suspect Kate instinctively doesn’t like anyone telling her what to do. Sent to Brussels she’d have the EU sorted out in about 20 minutes and several bureaucrats would find their positions altered by the rapid application of a Jimmy Choo to the backside. However, politics doesn’t really interest her unless there is a way for KOD to help out closing down some branch of government. Vote: Probably leave.

Gareth – With Olivia his wife from farming stock, Gareth will have been informed as to his voting intentions fairly early on in the campaign. Like most people in the agricultural world, Olivia is conflicted. On one hand she doesn’t like all those rules and regulations, on the other, once the forms are filled in there is a healthy subsidy to consider. While the leaders of the Leave campaign might say they will continue to pay this, none of them look like the sort who could handle a heifer so they probably can’t be trusted. Besides, Olivia has a sneaking admiration for the good arse of the Belgian Blue which strike her as proper, solidly built livestock, so those Europeans can’t be all bad. Vote: Whatever he hits after shutting his eyes and jabbing the paper with the pencil.

Tracey – Well, Italians are rather nice, but look, there is a handbag sale on at House of Fraiser. Vote: Sorry, better things to do.

Kelvin – Having spent quite some time on the Internet reading up on the pros and cons for each side, Kelvin will have found the tenor of the debate rather more aggressive than he enjoys. Both sides will have enjoyed a meek promise to vote for them as they harangued passers-by from their stalls in the high street on the basis that they would them leave him alone with his steak bake. Vote: Remain for a quiet life.

Doubtless some of you are wondering who these people are. The solution? Vote Dirtboffin and buy our book!

One response to “Brexit. How would Kate vote?”