Can grammar be glamourous? 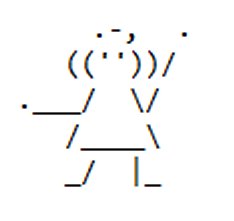 Worse, it’s endlessly argued over by very dull and boring people who really need to get out more and take up and exciting hobby, like bus spotting.

You find them haunting on-line discussions, pouncing on minor infractions in someones posting, promptly dragging themselves up to their full height to denounce the criminal. Never mind the subject under discussion, they have nothing to add to this, no, all they want to do is show their superiority handling a preposition.

Sadly, grammar does matter when you are writing, which is why I pitched up to see David Crystal : Making Sense: The Glamorous Story of English Grammar a couple of weeks ago.

David is described as ” the most famous name in English linguistics” although I’m not sure how much competition there is for that particular accolade. What I do know is he is marvelously entertaining.

Basically, grammar is all about ensuring your audience can understand you. And English is an evolving language. Things change over time and some of the rules laid down many years ago were arbitrary.

A good case is the Oxford comma.

Were I to be described by Cambridge University Press, I would be tall, dark and handsome.

See the extra comma before the and? Should it be there or not? I’m in the Cambridge camp here having been taught that you don’t comma before an and in a list. It’s the sort of thing that keeps grammar Nazis entertained for hours.

And what about starting a sentence with a proposition (e.g And)?

This rule dates back to the 19th Century when teachers decided children were doing it too often – so banned them from doing it at all. Sorry, who voted them in for the job? Perhaps they should be asked if it’s wrong, does that mean children should be exposed to Shakespeare, who writes, “And then it started like a guilty thing.” in Hamlet. Yes Hamlet, that dreary play where everyone ends up dead. Basically, if starting sentences with And is A. Bad. Thing. Then the Bard can come off the syllabus.

For a potentially dull topic, this was a fun hour.  The Q&A at the end was especially entertaining as David punctured the balloons of some questioners who obviously had specific grammar crimes that really bothered them. A quick explanation of how each came about soon explained why this stuff isn’t life and death.

Me, I took away the knowledge that there are very few hard and fast rules. If the reader understands what you are saying, that’s all that matters. We’re writing a story, not a university text. Even if we were, would it be for Oxford or Cambridge? FIGHT!