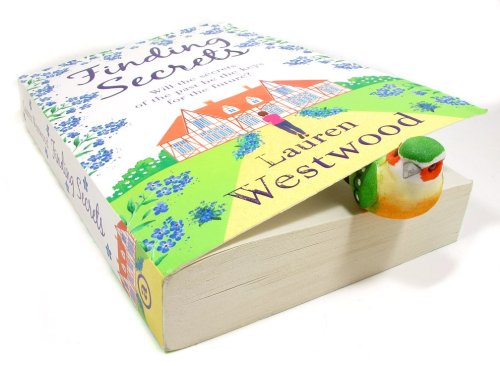 Alex Hart loves her dream job as manager of Mallow Court, a historic Elizabethan house. But the discovery of a precious jewelled locket changes everything, and Alex realises that things are not as they seem.

From an old diary, to a handsome barrister, a mysterious clockmaker, and the darkest hours of the London Blitz, Alex must follow the trail of clues to uncover the truth about the things she holds dearest – whilst someone is determined not to let sleeping dogs lie!

Phil: Finding Secrets, at 403 pages, offers plenty of story for your money at very least. In fact, it offers two stories.

Alex who finds herself in charge of a stately home, a job with which he appears to have loads of aptitude for, but absolutely no qualifications or experience. This makes you wonder how she ended up there in the first place – one of the many mysteries solved by the end of the book. along the way, there are lots of mysteries and plenty of plot strands for the reader to keep on top of.

Fortunately, Alex’s story is pretty well signposted.  For example, when she meets the hunky, cool clock mender and goes weak at the knees, everybody reading is going knows she’s going to end up with him in another 300 pages. (Incidentally, how come chick-lit is full of people who do no exercise whatsoever but still manage to be in physically tip-top shape for the heroine to lust over?)

Alongside the modern tale of Alex, a story of ambulance men working in the blitz rescuing people and some of the dark deeds that went on at the time. Of course, the two stories are relevant to each other and the wartime tale explains how we end up with Alex where she is, and more importantly, who she is.

Readers need to suspend their belief on a hook a long way from wherever they read this book as the conclusions, while reasonably logical within the context of the story, are pretty far-fetched. There are a few moments when you wonder how she can be so dim, but then remember that Alex doesn’t know she is a character in a book…

Does this matter? Not at all. This is escapism. If you want a documentary on the war then there are lots of books to read, or endless documentaries on the higher numbered digital TV channels. This is a modern fairy tale and none the worse for it. It rattles along – if you need regular breaks the text is split up into several sections. I’m wondering if it was originally published in serial form, but can’t find anything on-line.

Another interesting detail for writing nerds. The cover on Amazon is very different from the cover of the book I read. Which one works best for you?