Twas the night before Christmas

Candice: An early post this week as it is the calm before the storm in the Nolan household.

I’m feeling more comfortable as the other half has taken the child off for a few hours to play with her cousins, giving me time to do all the last minute stuff.

The build-up to Christmas this year has been a strange one.  I am leaving work in January so that makes it strange, I’m not so involved in the 2019 planning, I’m starting to stay goodbye to be people who I won’t see again.  I didn’t even get to party in my usual manner as factors beyond my control meant that the glitter stayed in the wardrobe this year.  I’m hoping to make up for that on New Year’s Eve.

As Phil said, the writing in the last few months has taken a back burner as I have been concentrating on what I am going to do next job wise.  This change has been my chance to sit down and look at what I really want out of work.

I’m hoping to take a short sabbatical before the next big thing, and use that time to do some writing (and acting and decorating).  Though I don’t need that sabbatical to be too long.  One needs to buy shoes and handbags, don’t you know.

I’ll be writing about new year’s resolutions next time, though I have a list already building, but for now, I’m off to check if the turkey has started to defrost yet, and how long to cook the parsnips for.

Merry Christmas one and all, enjoy whatever Father Christmas brings you.

Yes, it’s time for the annual bauble photo with us looking sort of festive. Now go an buy our first book – and the second one! Please! They are more fun than Brussel sprouts! 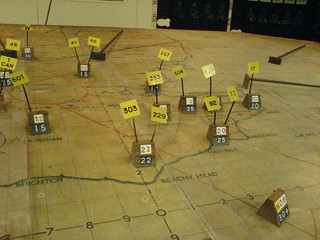 “I’m breaking up on Friday. Can you get your stuff to me a little earlier”

Phil: Ahh, the joys of working from home. Constant reminders that your colleagues will be enjoying some enforced lounging around, while you just see those days as an opportunity for plenty of uninterrupted work.

Christmas is a joy. Despite my friend painting me as a bit of a humbug, I really love the present giving part, the decorations and the cheesy festive music. It’s just that I like it to be weeks away and not looming toward me. All I see is deadlines that always seem to be tightened. Suddenly, you find yourself having to take into consideration other people’s holidays. Holidays that don’t apply to you.

Being able to work at a time to suit me is lovely, but I do miss the days when a bank holiday actually meant something and wasn’t just a vague idea relating to a day that was (for me) like any other.

I know I shouldn’t moan about this. Having seen the Nolan schedule, her festivities are planned like a military campaign. You can imagine a map with little models of child and husband being pushed around by people with long sticks – “14:00 hours, child enters stage left. 14:15 child says line in nativity play. We need to rendezvous before then…”

All this Christmas chaos means the writing has taken a back seat. A couple of weeks ago, I congratulated myself on building up a plot strand I’m working on to 7000 words. That’s where it has stayed since then.

But, this doesn’t mean progress has entirely stalled. I might not be typing, but I am acting the scene out in my mind. Once I find a gap in my schedule, I’ll be turning my mental picture into words. Thinking sessions can take place any time and anywhere. While driving or sitting on a bus. At 3am in the morning instead of worrying about how I’ll get everything done is a pretty good idea too.

Anyway, I need to go. Work to do and I haven’t bought a present for the Nolan yet…

Phil: A couple of years ago (doesn’t time fly), Candice reviewed a book I’d passed on to her – The Christmas Train by David Baldacci. It’s a heartwarming tale set on a cross-country train in the USA. We both enjoyed it.

I hadn’t twigged that the book has been turned into a movie. But it has. So I watched it.

The first thing to realise is that the studio responsible for this is Hallmark. The people who make the greetings cards. As such, you won’t be surprised that the result is a gritty expose of life for struggling railroad workers forced to give up the festive season with their families to mend track.

This is comfort TV. You don’t watch it, you wallow as though in a nice, warm bath.

The first change is that our journalist hero is taking the train as a promise to his father, and not because he’d been banned from flying for an air rage incident. This isn’t essential to the story, although anyone trying the book, or reading the excerpt on the Hallmark website, might be surprised to find this out.

A few characters have vanished, but more due to the pressure of time than anything else. Max Powers has an assistant in the book, but not the film. I didn’t miss him.

Perhaps the biggest change is the removal of the jeopardy when Tom and Elenor head out into the snow when the train gets stuck. The book really places them in danger and provides a pivot for their love story. In the film, they get a bit lost, then find a remote ranch and return to the train in a horse-drawn sledge. This apparently causes all the snow to melt or at least it’s pretty much gone in the next scene.

The movie doesn’t need to place them in jeopardy to make the characters realise their true feelings because it’s signposted from the start that they will fall in love again. There’s a bit of bickering, but almost every other character says, “Get back together you pair of muppets” (I paraphrase, but you get the gist).

Don’t get me wrong, the book is unlike all other Baldacci output in that’s a heart-warming tale from the off. You know what’s going to happen. No-one dies.

The film takes this and adds shmaltz. At one point the bartender offers a hot chocolate and asks “One candy cane or two?”. I’m thinking “Sugarcanes in hot chocolate? Noooo. You’d be bouncing off the walls!” but it’s a perfect allegory for the work whoever turned the book into screenplay had to do.