The machine starts? What can we learn from stories? 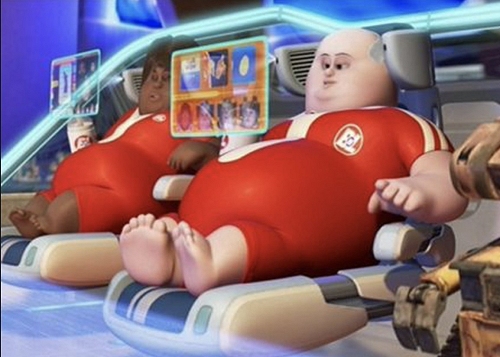 Phil: A few days ago, the government floated the idea that everyone 50 years and over should be shut away for the duration of the pandemic. While they quickly denied that they had suggested the idea to some excitable tabloid journalists, it stuck in my mind. Partly ‘cos I’ve just reached the age of being locked up and doubt that government food parcels, if they are part of the plan, would include Tunnocks teacakes.

At the same time, I was discussing the prospects of going to public shows and exhibitions on my blog.

Both there and on other bits of social media, I find plenty of people who quite like being locked down. Not in a purvey way (stop sniggering Nolan) but a mixture of introversion and social anxiety means they are quite happy being told not to go and mix with other people. A couple said they were quite happy ordering everything online and chatting via video calls. Hunkering down at home and shutting the world out is appealing.

This put me in mind of the short story, The Machine Stops, by EM Forster. The story describes a world in which most humanity lives in isolation underground in standard rooms, with all bodily and spiritual needs met by the omnipotent, global machine. This gradually breaks down, but acknowledging this isn’t allowed.

You can read the full text here.

Now, doesn’t that sound a bit like the natural extrapolation of all those happy to shut themselves off from real contact? Unknowingly, Forster is showing us our potential future.

We see it in film too. Look at the people in Disney’s Wall-E. Locked in their mobile seats endlessly staring into a screen.

Some say we should learn from history, but it’s just as important to look at the worlds writers have conjured up for us. After all, we are the first people who can deal with our problems in this way. When I was a kid, the Interweb was science fiction. Mail order existed, but only by telephone. Grocery delivery was unheard of. Now, for many, there is no pressing reason to leave the house, and we are constantly told many excuses not to do so.

Imagination is a powerful thing. We should harness it.