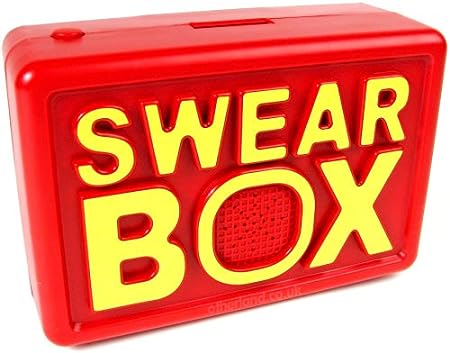 Phil: Listening to a news programme recently where they were discussing something Navy-related, the expert said that the information he had wasn’t “Scuttlebutt”.

Even the landlubbers amongst us would understand that this means his information wasn’t rumour or gossip. According to Wikipedia, it’s the seaborne version of water-cooler gossip.

I’d never heard the phrase before and wish we’d had the chance to use it in Kate vs The Navy.

This got me thinking about other phrases, especially made-up swear words.

I suppose for a sci-fi nerd, the best known is “Smeg” from the TV Series Red Dwarf. It’s never given a meaning in the show, but is a handy non-sweary thing for characters to say. Quite how the advert-free BBC feels about regular mentions of high-end white goods isn’t recorded (I always chuckle when in La Nolan’s kitchen looking at her fridge, but then I’m a bit sad) but whoever came up with the idea is a genius. “Smeg” is perfect, short and slightly aggressive, you really can say it when annoyed.

Sticking with space operas, the other is “Feldergarb” from the original Battlestar Galactica. Swearing in an American kids show was certainly verboten, but you need a phrase for your agitated characters to say and that’s what they came up with. I guess that all the kids picked it up and used the word in the playground (OK, all the nerdy kids) so, like Smeg, it will have entered common usage.

The thing is, does a made-up swear word still count as swearing?