What’s your most precious possession? It’s probably not what you think. 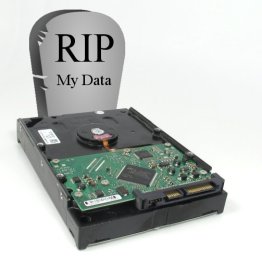 Phil: Last week the hard drive in my computer died. The process was pretty quick – one day it was slow and one or two programs started to misbehave. I tried to run a disk check and this failed half way through. Then every time I booted up the machine, there was an ominous black and white screen with suggestions I should run a consistency check, and when I did this, it failed as well.

Recognising all was far from well, I took the computer to a local shop who fix things. They diagnosed the problem and after a couple of days, I had the machine back with new drive.

Fortunately, I’ve prepared for this. Regular backups on to a separate drive that lives in some storage I rent would hopefully ensure I didn’t lose much valuable data. The restore process didn’t work as well as it should have but I have now got most of the files back.

Data is such a bland word though. What we are talking about is photographs – memories. Places I’ve been, people and pets I’ve seen. Things I’ve made. Irreplaceable images. There’s also several million words. Some of these have been published so I have hard copy, but others exist only on the spinning platter on the disk.

At least The Book is safe. There’s some early stuff on the drive but everything that matters lives on a shared on-line folder and of course, on Candice’s computer.

All of this is precious. Possibly the most important storage I, or anyone else with a computer owns.

Every so often, you hear of someone having their mobile phone stolen and they are more worried about the lost photos, often of relatives no longer alive, than the value of the handset.

So, back everything up. Don’t do it one day, do it now. If that means spending a few quid on a backup drive, do it. You’ll not be sorry. Don’t keep this drive next to the computer either. A burglary or fire could wipe out both. A friend of mine keeps his in his desk drawer, taking it home for occasional updates and then returning it in the morning.

As for your phone – I have that covered. Using Dropbox (for free) and their (free) app, I have mine set to upload new photos every time it sniffs WiFi. I can then access the images from my PC or just browse through them, safe in the knowledge they should always be around and can be transferred to a new handset if I want to.

It’s a precious thing, that whirling drive in the computer. Look after it, you’ll be surprised how much you’ll miss it when it’s gone.