Phil: I love Instagram, but if I hit the magnifying glass icon and start strolling through the random picture feed, I wonder. Suddenly, among all the pictures of Amanda Holden (how does she find the time to do any work?), there are bits of cod psychology from people desperate to say something profound.

“Words are the worst form of communication” was exceptionally special.

For a moment, let us imaging I am heading into my favourite fast-food restaurant. I would like to purchase a Wimpy burger followed by a delicious Brown Derby desert.

How should I convey this information to the person behind the counter?

In the past, I would have said, “I’d like a Wimpy burger, a Brown Derby and cup of tea.”, but according to Instagram, that’s wrong.

So, should I try to convey my order through the medium of interpretive dance?

I don’t know about you, but I find playing Charades takes ages but if we aren’t doing words, that’s pretty much where we are. Heaven knows what happens if I decide to add a Bender in a Bun to the order!

Seriously, we’ve written two and a half books full of words and read thousands of books, also full of words. How could I be so stupid as to realise there was a better way? 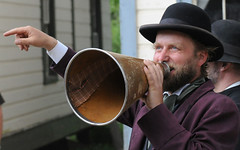 Apparently not, or at least that’s how it appears to me.  But that doesn’t mean I don’t communicate.

In my job, I spend a lot of time chatting to people but that isn’t always in person. Where possible, I like a bit of face-to-face chat but nowadays we are all so reachable that it makes up a small portion of my needs. Thinking through the channels I use for work, I came up with:

Candice also does a lot through LinkedIn messenger – and of course we both have work and person e-mail addresses. That’s 9 options, 10 if you include my favourite, sitting down over cake.

I thought technology was supposed to make things easier!

Instead we all have to manage all of these, guess who will be using each one and try not to duplicate messages on different channels. And we rely on them working all the time, recently my e-mails from my personal address to work stopped working and it was a week before we realised this was why there were no replies and another week to fix it.

It’s all very confusing. Maybe we were all better back in the day when arranging lunch with Candice I’d have dispatched an urchin bearing a card that read, “Mr P Parker requests your attendance at the Flue and Flaggon at half past the midday hour on Tuesday” then awaited the delivered by another urchin.  Doubtless I would have had to tip him with a small coin but at least I’d be spared the ping of another message flying in to one of my many in-boxes.

Is there a simpler way?

The importance of communication

Candice: I’ve been thinking about this over the last few weeks as the newer member of the household has started to tell us how she feels.

About two months ago we had a few words, ‘Daddy’ being the main one.  But now they are coming thick and fast as each day she learns something new.  You have to be careful too as something you say out of hand gets repeated back to you a day or so later.  I’ve told the other half he has to go easy on the swearing, especially in the car.

But it’s amazing to watch this little personality develop.  She can now tell us when she is hungry, if she has had enough food (or like last night the bowl gets put back down on the table with a “More”, it’s just like Oliver Twist) if she is tired and lots of other things which make life so much easier.  If we say bed time the next thing you know she is at the bottom of the stairs waiting to be taken to bed.  If she wants her teddy or cuddle blanket then she can ask for them.  It’s lovely to be able to communicate with her and I’m looking forward to how this develops, until we get to the ‘no I wont’ stage!

But Phil and I have been having communication issues too, both between each other and some external parties we have been desperately waiting for an answer from.  I find the world of email doesn’t always help.  It makes it easier to contact people but also much easier to misinterpret what they say or fill your day with answering the little short things and not actually getting anything done.

So I’m going to take a leaf out of Erin’s book and do some face to face talking and see if I can a) get some writing done and b) sort some of our publication issues.

Candice: I celebrated a Birthday recently.  Not a momentous one, just an average, run of the mill birthday.  But hey, it happens at the same time every year and still people manage to forget it.

But I think these days its become so acceptable just to message people on Facebook they think its OK not to bother sending a card.

Now, the other half and I, we like sending cards.  It’s the picking and writing that makes the difference, as well as having a nice collection of them on the mantle piece to say – hey wasn’t that a funny one, or thats a cute cat, something else than just a ping on the web.

Sometimes it goes too far the other way and you  have social media and text going mad, and I never know whether the etiquette is to reply to each one or a blanket note will do?

However, the other joy of cards is often the messages inside.  Most of just write ‘Happy Birthday’ and sign.  But some go the extra mile and add a personal message that can make the difference.  It just as good to get an off the shelf card with a personal message inside as it is to get a quirky card.

I think, as we don’t write as much or post as many things we have lost the art of putting together a good card.  Some times Christmas and birthdays are the only times I communicate with people so it seems a lost opportunity not to add in a note.

So next time you think a Facebook message will do, think again, as that personal touch will often give someone a smile that a poke won’t.