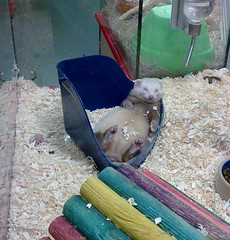 Phil: We all get down from time to time. Writers are especially prone to bouts of ennui thanks to the metal strain of creating breathtaking prose. It’s why we all self medicate with pints of absinthe.

Well, be that as it may, writing a book can be good for your health. Not for the joy of escaping into your own world for a few hours, after all you can do that by reading a book and it’s a lot less hastle.

Nor is it because you must eat cake to keep those creative juices flowing, although it helps.

No, according to the BBC, happiness can be assured by having a long term project to be part of.

This makes sense. If you feel you are working towards a goal then life seems to have purpose. Stick anyone in a dull and meaningless job and they pretty quickly lose all interest in anything. I have been there.

For team NolanParker, there are two projects on the go. The first is publishing our first book. We’ve decided that by Christmas this year, it will be available in some form and the moment it is, we’ll be very happy indeed. Admittedly, this will quickly be followed by a project to persuade people to buy it but I can leave that to Mrs Marketing.

Project 2 is our next novel, also due to be in first draft state by the end of the year. Progress is erratic but we are getting there. Candice has threatened me that she’ll be writing a lot next week and I am to be on standby for fast reading and responding.

We actually have the story mapped out and most of the major sections written. Despite this, there’s still the fun of working out exactly what will happen along the way. We not only have characters with a life of their own, there is always another person imagining them as well meaning they really can pull unexpected moves on us.

Kinda makes it worth getting up in the morning. 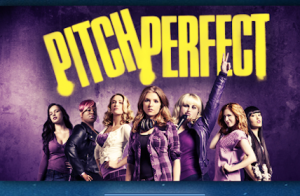 Candice: Some times one needs something to cheer one up after a particularly sh*tty day.  Well on Thursday I went to the cinema with my Sis after exactly that kind of day.  She had suggested we saw a film called ‘Pitch Perfect‘, something, when we had seen the trailers, looked like Glee on acid.

The premise of the film is two competing a capella groups within a university.  The year before they had both got to the finals but in the performance the girl’s group had messed up (I wont tell you how in case you go and see it) and got laughed off the stage.  The Boys’ won.

So its freshers week and the girls are trying to recruit new members, to no avail because of their bad rep.  Well of course they get a mish mash of people including our protagonist, a reluctant student who wants to be a DJ and doesn’t really want to get involved in anything.  The boy who catches her eye on arrival joins the boy’s singing group. (really!)

Well after alot of infighting but the group still progressing through the ranks of the competition they come to the final.  By then our female lead has fallen out with the group, her DJing skills are being noticed and she’s fallen for and then broken up with her male counterpart (she’s not allowed to date him due to them being competing groups).

Stuck in the middle of this is the comedy value, otherwise known as Fat Amy.  She calls herself that because “you skinny bitches would call me it behind my back anyway.”  The actress is Rebel Wilson, an Australian stand up Comedienne, and she really added something extra to the film. There are alot of impromptu funny moments, some of which I think Rebel improvised as everyone around her seems somewhat incredulous as to what she is doing!

The Americans have some funny traditions, extreme singing competitions being one, which us Europeans all think are rather strange.  This film wouldnt work if it was just Glee moved to college,  they took the premise and the associated “cheese” and made it much funnier but making the whole film tongue in cheek.

My Sister and I loved it, as did the other two ladies in the cinema (yes there were just four of us). There was lots of genuine laugh out loud moments, something that really made my night.

So I’m not going to tell you what happens in the end but if you are having a shi*ty day too, go and see it now!