Some times it’s all a bit much!

Candice:  Its been busier than usual in the Nolan house hold over the last few weeks, what with birthdays and new bathrooms.  Even our lovely weekend away the other week was enjoyable but brought extra stress too.

People often ask me how I fit it all in and, to be honest; on Saturday both me and the Husband (that’s not Phil) did wonder how we were going to manage.  It was his big birthday party and the day was planned down to the detail, list and everything, to make sure it was already for the party.  Neither of us slept well the night before thinking about what we had to do.  From 9am it was:

and finally, drink wine while circulating the room, cut cakes, sing happy birthday, cut more cakes, encourage people to eat cake, speak to lots of people for a short period, dance, share out birthday cake, dance and then it was Midnight.

Then it was clear room, get home, try to catch mouse, give up, go to bed!

I need a day off.

And that I have tomorrow, but tomorrow’s day off is all about tidying up the house, fun!

And then somewhere in there Phil will be asking me what we are doing about marketing the first book or writing the second.  At the moment its all pie in the sky, which I find frustrating, but I will find time the same way I find time to go to the gym.  But it will probably have to wait until I have three days off at the start of March and I can really get my head into it (and I won’t be recovering from organising a party).

My advice, don’t beat yourself if you can’t do it just now, but make sure you plan in some time to write, else  you won’t be happy.

The best places to live in Britain? 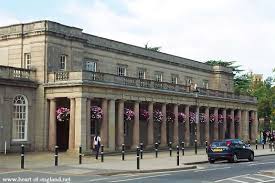 Candice : After the last post I am somewhat at a loss as to what to follow it with.  I’ve also got a stinking head ache so excuse me if my post is short!

I was reading with interesting in the Sunday Times about the supposed “Best places to live in Britain”.  Flicking through I went straight to the Midlands section and looked for the lovely place where I live.  But no, it was not there, shock horror, but Leamington, where Phil lives, was.  Now, there is nothing wrong with the Spa town but I was surprised that the ‘hull, as Phil likes to call it was not there.  I have to admit I was planing to add £10k on to our house price when we go to sell it again just based on this!

Anyway, it got me thinking about locations and how one might pick where a story is set and why.  I did look to see if March, Cambridgeshire, was in the listing, as this is where our book is based, but no it got away too.  Funnily enough, that probably helps as we don’t give it the best write-up in the novel.

So, where are the best places to live and why is my question.  How did the Sunday Times come up with this somewhat arbitrary list that in such hard times might be to difference between sale or no sale.

Apparently it is based on ‘crime statistics, transport links and life expectancy’ amongst others.  Have they not heard HS2 is on its way? After the nasty nature of JK Rowling’s  A Casual Vacancy that I blogged about the other week, it makes me wonder is there a story in living in the best place to live?  I can see it going a number of ways, Stepford Wives, Stephen King’s Children of the Corn, and other options but none of them pleasant.  Maybe that’s just how my mind works?

I don’t know if I’d want to be marked against such strange criteria, and its the same for our writing.  It’s all personal opinion, what one likes another hates.  We’ve been entering our stories into competitions and have got nowhere, but I’m not going to get down hearted as it’s all just that markers feelings on what they like.  We can’t all like One Direction or the X Factor, you know.

Luckily for the other half, he is working on a development based in Edgbaston and that gets a listing.

Apparently next week there is a second supplement, all about top spots for families and the great outdoors.  Forget putting the house on the market if we don’t get in that one!