What’s your most precious possession? It’s probably not what you think.

Phil: Last week the hard drive in my computer died. The process was pretty quick – one day it was slow and one or two programs started to misbehave. I tried to run a disk check and this failed half way through. Then every time I booted up the machine, there was an ominous black and white screen with suggestions I should run a consistency check, and when I did this, it failed as well.

Recognising all was far from well, I took the computer to a local shop who fix things. They diagnosed the problem and after a couple of days, I had the machine back with new drive.

Fortunately, I’ve prepared for this. Regular backups on to a separate drive that lives in some storage I rent would hopefully ensure I didn’t lose much valuable data. The restore process didn’t work as well as it should have but I have now got most of the files back.

Data is such a bland word though. What we are talking about is photographs – memories. Places I’ve been, people and pets I’ve seen. Things I’ve made. Irreplaceable images. There’s also several million words. Some of these have been published so I have hard copy, but others exist only on the spinning platter on the disk.

At least The Book is safe. There’s some early stuff on the drive but everything that matters lives on a shared on-line folder and of course, on Candice’s computer.

All of this is precious. Possibly the most important storage I, or anyone else with a computer owns.

Every so often, you hear of someone having their mobile phone stolen and they are more worried about the lost photos, often of relatives no longer alive, than the value of the handset.

So, back everything up. Don’t do it one day, do it now. If that means spending a few quid on a backup drive, do it. You’ll not be sorry. Don’t keep this drive next to the computer either. A burglary or fire could wipe out both. A friend of mine keeps his in his desk drawer, taking it home for occasional updates and then returning it in the morning.

As for your phone – I have that covered. Using Dropbox (for free) and their (free) app, I have mine set to upload new photos every time it sniffs WiFi. I can then access the images from my PC or just browse through them, safe in the knowledge they should always be around and can be transferred to a new handset if I want to.

It’s a precious thing, that whirling drive in the computer. Look after it, you’ll be surprised how much you’ll miss it when it’s gone.

Candice Phil’s last post was about how songs can transport you back to a place and time. This ringing a real cord with me as I am in to my music and there are definitely songs that have strong memories for me, and I am always trying to find new music in which to build new memories. I associate Clean bandit’s ‘Rather be’ with being at home with Erin, and am quite into Sam Smith ‘s new album at the moment which is creating a whole new set of memories.

Well Monday was a complete wash out in the Midlands, typical bank holiday weather. Hence the reference to the Eurythmics’ song in my title. I can remember first seeing Annie Lennox on ‘Top of the Pops’ with her red hair and androgynous clothes and everyone saying was it a girl or a boy, but that voice gave it away. However, it did allow me to get things done round the house I wouldn’t have if the sun had been out.

I don’t know about everyone else but if there is sun outside I want to be in it, which often doesn’t bode well if I have things to do inside. I’m self employed which often means I have work things to do evenings and weekends, but a nice bout of sun can make me struggle with work versus fun. I’m missing the lovely sunny weather we had this summer, and the warmth too, but at least I had a chance to catch up.

The same could be said for writing. I can remember trying to crouch over my lap top doing some work in the conservatory, and struggling with wifi and seeing the screen. I could have done it faster if I’d just given up and worked indoors but the pull of the sun was too strong.
I’m off on holiday again soon, and in the meantime I’m hoping Phil and I will get more feedback on our book so we can soon see it in the public domain, but woe betide them if they try and give them me things to do on holiday. That will be an epic fail.

The past is a mysterious place and I don’t want to go there.

Phil: This isn’t the post I meant to write today, you’ll have to wait for next week for that one. While we have written a book together, we don’t normally pre-plan our blog posts. This means that on Tuesdays, I have a pleasant surprise when I read whatever Candice has written. This week was particularly thought-provoking.

Our families have very different experiences of wartime. My maternal great-grandfather, John Bridges, fought in World War 1. I’m proud to have the miniature versions of his medals, these being the 1914-15 Star, British War Medal and Victory Medal respectively. From these  I can tell that he served from the very start of the war. Other than this I know little of his story as like most men from his generation they didn’t talk about their experience as the memories were so terrible they prefered not to re-live them.

In WW2, my paternal grandfather was an engineer working on high precision implements and so spared from the fighting. On the other side, my grandfather escaped from Poland to fly Spitfires for the RAF along with many of his countrymen. Amusingly, a few years ago, the British National Party ran an anti-immigration campaign using a photo of a Spitfire as the main image. They didn’t realise it was from a Polish squadron…

My father was born during the war but after evacuation had ceased. He later went on to be a volunteer in the Royal Observer Corps watching out for Russian aircraft and latterly atomic bombs. After this, he volunteered with the Air Training Corps. National Service missed him by a few years though.

So, with such a military background, surely I aspired to join the forces as a youth?

Not a bit of it. Quite the opposite in fact. Maybe it was a visit to the vast military graveyards in France when I was 12 or simply an overactive imagination, I have always viewed war as a case of “there but for the grace of God go I”. Born in 70 years earlier than I’d probably been shipped off to the killing fields of Ypres or the Somme. 45 years or so and it could have been Normandy.

Putting myself in the position of anyone involved in these conflicts is incredibly painful. Sitting in a cold and muddy trench, sharing my limited food with rats and knowing that at some time in the future I’d be forced to climb out and run towards a well dug-in enemy is pretty much my idea of hell. Add in the constant artillery bombardment and it’s a scene unimaginably awful. When the whistle goes and it’s time to go “over the top”, the chances are you’ll endure a long and painful death, not the quick lights out portrayed by Hollywood.

For this reason, I’ve never been able to read the diaries and reminiscences of those who did have to do this. They are me from a different age.

It’s also the reason I’m first in the queue to buy a poppy every year.

Its all about family 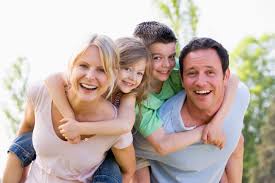 Candice: In the last week I have celebrated a number of birthday events.  My niece’s first, mine and my Dad’s 80th.  Erin is also five months old (oh how that has flown).  It made me think about the impact of all these people and how we must pass things down befween family and all these individuals to make sure they aren’t forgotten.

Two years ago my Aunt died.  She and my Dad hadn’t got on for years but they did make up just before she passed away.  However, due to this there were lots of stories about his childhood that they didn’t have chance to reminisce on so he could write them down.  He grew in pubs around Birmingham but couldn’t remember them all, now we will never know those stories.

Erin is growing every day and I have been writing her story each week so we can remember how she has changed.  She’s now got a personality and reacts to us, much more than that crying blob she was a few months ago.  But, there is so much going on we will look back and think, ‘when did she do this, when did she do that’.  I’m sure she’ll go ‘oh parents you are so boring!’

As part of her arrival Richard and I have been looking at getting a Will, and had to write down everything of value we have, both financial and sentimental.  The book is one of the things down on this list as its very important to me and I think it’s Erin’s legacy, whether or not it makes any money.

I’m determined that both these real and fictitious stories that exist in my life have a life after I am going, and that things are recorded so that they can be remembered.  I’m not a hoarder but I do like to look back and remember when things happened, and think where I was and what I was doing at that point in time. I don’t do it by keeping objects but by writing a diary,  or even the book as there are factual parts in the fiction.

What do you do to keep your memories alive?