We’re in the money

Candice: Once, a long time ago, I thought I’d be rich and famous by now.  I had aspirations to be an actor and dreampt of being set up in Hollywood, staring in many films  and rolling in money.  However, of course reality hit and then so did my 40’s and I realised that it just wasnt going to happen.

But then I got into this book writing thing and thought, ‘I can get to be as rich as JK Rowling’ .  But it seems that is all a falacy and I wont be getting as rich as I thought.  Joanne Harris, author of Chocolat, has been saying that the ‘Rowling effect’ is giving people a false sense of what you can earn from being an author. Now that’s a bit of a shame.  Part of me wonders if this is sour grapes as she’s only had one film made from her books and Rowling has had eight.  Everyone must want to write that massive block buster series and it be made into a set of successful films, but that happens for so few.  I suppose its just as likely as winning the lottery.

But it seems the problem is more about the fact everyone wants something for free.  In the Music Industry artists branch out and do clothing or perfume lines to make more money.  For an author, this must be much harder as unless a film is made or they can tout themselves round lots of high paying chat shows I can’t see myself buying ‘Harry’ the new after shave.

So its seems we might all have to be part time authors, funding the thing we love with things we have to do to pay the bills.  At the moment I’m a full time working and can’t even call myself an occassional author, though I’d really like to be. But needs must with a baby to look after until she can starting earning herself….

Why writers are always broke 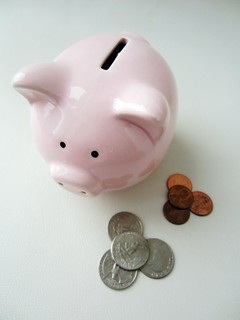 Phil: One message that is thrown at wannabee writers time and again is that you aren’t going to become rich. For every Rowling, Brown or Archer, there are hundreds of people hammering away at keyboards earning less than someone stacking shelves in a supermarket or flipping burgers.

The average novelist will earn around £5000 per year. Worse, 10% of writers bag %50 of all the income going. And this is for those who manage to jump through every hoop on the way to being published in the “normal” manner. Most aspiring writers see no reward for their efforts.

If you want to get paid, don’t write novels. Radio and TV pay £50 – £100 per minute, but that’s per minute of broadcast, no matter how long you took to concoct the stuff. It’s not an easy world to break in to either.

Heading out to one of the many on-line opportunities isn’t going to work any better. I recently saw one “opportunity” where applicants were asked to summarise either Guantanamo Closing, Bitcoin or the Syrian conflict in 100 words. These would be submitted to the website and if accepted (you are competing against all the other applicants) you will be paid the grand total of $10. That’s just over 6 quid for researching a complex subject and boiling it down to 100 words.

In their defence, the people offering the gig say that once accepted you’ll receive other assignments and that a good writer should be able to knock out 3 of these an hour and $30 or £21 an hour isn’t bad. Mind you, if you can research a complex subject and distil the important points into a few lines accurately and consistently in 20 minutes and keep doing this for 8 hours a day, I suggest that you either deserve to earn more or you’ll go bonkers within a couple of days.

Truth is, a lot of on-line writing involves the CTRL+C and CTRL+V keys more than anything elses. Cut and paste text from other on-line sources, smooth out the worst of the reading bumps and spit it out on to a new website. Content Mills as they are called, pay people in third world countries to do this all day on what we would consider a pittance and what I suspect they consider a poor wage for a job that attracts those with decent educations by dangling an opportunity that looks more promising than it turns out to be. All this to produce “articles” designed to attract the attention of search engines so visitors are dropped off at the website where they might buy something, or at least look at the advertising.

No, if you want to write, then you better be doing it for the love of it. Candice and I have already had this conversation as we look at a few publishing options. Both of us will be chuffed if we eventually make a single sale out of this. If one person who we don’t know choses to buy our book in the future, then that has to be success. Should we make a few quid, that’s a bonus. Were we to find ourselves with a best-selling series and fantastic wealth then we’ll not be complaining.

For the moment though, neither of us is giving up the day job.