Candice: I am writing this post much later than planned on the night of the 4th January as today has been busy.  It’s my daughter’s second birthday today, a day of running around taking her to the local Butterfly farm and to see the grand parents as well as trying to catch up before returning to work tomorrow.

I’ve not been off over the whole Christmas period, I did one day in the office, however that was nearly a week ago so the whole thought of working seems like a long way away. I’ve been making sure that my pass and work bag is ready to go in the morning as groggy will not describe how I feel!

So, I’m a bit late on the resolutions discussions but it’s probably because I’ve never really bothered with them.  I don’t see the point of setting yourself up for something that you are unlikely to achieve especially when this is not a good time of year to do anything new anyway – its too dark and cold.   I’ll be doing my usual of fighting off the new people at the gym for the next few weeks as they all decide to get fit and loose that extra weight.  Well I can tell you it takes more than a few combat classes, even with all the exercise I do I could always do to loose a few pounds.

So, I set my self goals across the year to keep having something to aim for.  I have decided I need a fitness goal for the next few months as I need that extra push, but am not sure it is going to be a half marathon this year. The thing is I can’t find anything shorter, but longer than a 10km.  Book – well I managed to squeeze in 2000 words over christmas so we have hit the 50,000 mark.  That means expanding what we have and a few more holes to be filled and we will be there.  Deadline – summer holiday books.

And what else?  More me time I think.  I’m not sure how with an adventurous two year old but for both of us we need some space so we need to find a way to achieve it.

How about you, readers?

What is it about New Year’s Eve? 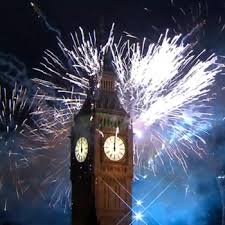 Candice: To our readers out there it may already be the new year when you read this, or you may be waiting for it to come but to one and all I hope you have had a great 2013 and an even better 2014.

I do like NYE but I also find it can be a big let down as there is all this build up to the celebrations and at a 1 minute past 12 you have done auld lang syne and its all over.  This year me and the other half plus my sister and Fiance are all off to a local hotel for a meal and knees up, the last big fling before things change in the Nolan house hold.  I am looking forward to a good night and throwing the bump around as best I can.

I’ve had some good and bad New Years.  A long time ago I was dating a rather unpredictable guy who was supposed to meet me in a pub to see in the NY after he’d been out with his mates and me with mine.  Well I waited and I waited and no show – so I left the pub before midnight with my mates and then popped back abit later… to find the bloke all over another woman.  Let us just say drinks were thrown and the relationship didn’t last much longer.

I’ve also had some great ones, often the most unplanned where you pull a group of people together at the last-minute, go to a party or club and are dancing to 3 am.  These often involved me pulling a chap or even the sax player of the band we were watching one year!

I’m sure we all have storied but I have been thinking about that book ‘One Day’.  I think it would be really interesting to pull together lots of people’s experiences of New Years Eve as there are bound to be stories to tell.  It’s often the point when things come to a head, or you sit down after a few glasses of wine and think “hang on, what am I doing here…or what am I doing here with him/her.”

So tell us your stories and lets compare notes.

I’ve  had a nice Christmas break, hope you have had too? To  be honest there has been a lot of lazing around, but it has been much required.  I’ve managed to miss watching either “The Wizard of Oz” or “One of our dinosaurs is missing” but have caught some good Xmas telly and done some nice slobbing.  To make up for it I did do a 5k run at the gym earlier, it just about got rid of last night’s chocolate intake.

So, it comes to the time of year where you are reminiscing about what you have, and haven’t done, and if there is anything you can change for 2013.  I have to say, having been to the gym today I can already see what January and February are going to be like on that front – lots of people joining with great intentions and then failing miserably after two months.  That is the point I get annoyed as I’m like, ‘stop hogging the treadmill in your stupid shoes and outfit with price tags still on, and let us proper gym people who have been coming for last 12 months, get on!’

I’ve read my stars for this year, courtesy of the Sunday Times, and looked at making some resolutions, so here they are:

Well yes, that is obvious I suppose.  Nolan Parker seem to have gone through waves this year of major output and then nothing.  I have got a good excuse (Phil knows) but once I got back into it the other week I remembered why I like writing and need to find more time to do it.

Yes, this is a repetition of number one but there are so many other reasons to write more!  I follow Daisy Waugh, Sunday Times columnist, on twitter and she said something interesting the other day about tweeting feeling like a busman’s holiday.  Well writing can feel like that to me.  I spend all day facing a computer so coming home and turning one on feels like I never left, hence I don’t feel inclined to write anything evenings or weekends.  Well, if that doesn’t work I need to find another way to do it.

Yup, that one again.  I’m thinking repetition will make it stick. I saw a University friend of mine over Christmas.  He runs a theatre company so has managed to get the thing we all want, a job he really loves and get paid for it! When I explained I would be late over as I had to work, he asked if I had been writing, I said unfortunately not, it was the paying job.  Ah, I wish.

Oh yes and on that note, as least one of us has managed to get paid for it this year.  Mr Phil Parker, published author.  He’s done signings and everything!  This time next year, ‘Nolan Parker Short Stories Collection’.  There’s one to aspire to.

Happy New Year to you all and we look forward to amusing you in 2013!