Phil: Our session at Stratford Literary Festival is going to include something about “the challenges of writing together”. While we might not be married, despite what the early publicity might suggest, I have a feeling that it probably has some similarities.

On Tuesday, Candice mentioned that “Phil will be asking me what we are doing about marketing the first book or writing the second” and she’s right. However, Phil knows that his writing other half is a busy lady. A high pressure job and child, not to mention the temptation to stay in the newly completed fancy-pants shower all day, steal time from her literary pursuits.

He understands this completely while recognising that at this stage, Book 1 is all about the publicity. He might joke that marketing is all colouring in and playing with glitter, it does actually require quite a bit of skill and only one of us is a black-belt in the subject.

So it’s time to be understanding and go away to do something useful instead. After all, there is a second book to write and so I’d better go away and re-read what we’ve done, then add to it.

Of course, I’m not sitting around idly all day no matter what it looks like. January saw me slogging my way through a number of projects, all of which had to be delivered at the same time. February felt a lot more like the turn of the year than January 1st, but I still have one big event this weekend, maybe I should take up the Chinese calendar rather than the western one! Hopefully, from Monday, things will look a bit clearer. Mind you, I’ve said that before.

Like all relationships, there is give and take. We both bring different skills to the partnership. We also encourage each other and that’s going to be a big part of our talk.

Writing on your own must be a slog sometimes. It would be all too easy to stick the book in a drawer and forget about it for a few days. Those days turn into a month and the month a year.

If I want to enjoy cake with the Nolan, this can’t happen or I’ll get “the look” from the other side of the table. She knows that if we don’t meet up for a while, or there is no blog post on a Tuesday, I’ll be nagging. We cajole each other and thus the project makes progress. Maybe not as quickly as it might but there is progress and that’s the difference between writing a book and wanting to write one. 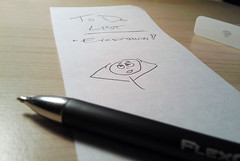