Reading is good for your child – FACT 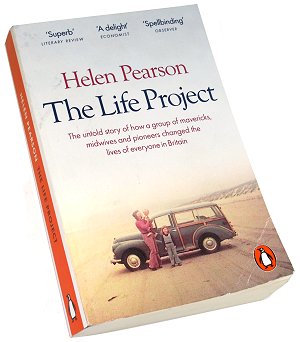 You’d probably guessed that, but it’s true. Deciding to put in an appearance a few days before I was due to be born, I became part of a massive survey which has, and will continue to, influenced how you and your children live.

The 1970 “cohort” was a survey of all children born in an April week. Since birth we’ve been survey and interviewed every so often and the results have helped to shape science and government policy.

I didn’t know much about this, other than that I and my best mate Bod at middle school were part of all this. We got to sit tests every so often that asked things about how we felt and how often we went to the toilet. They told us it was science and everything sounded sensible, especially the bit about skiving off the odd lesson to be “special”.

Now, thanks to Helen Pearson’s book The Life Project, I know what was going on. We weren’t quite as special as we thought, cohort surveys have taken place in 1946, 1958, 1970, 1991 and 2000. Many thousands of children have been part of these and the results are fascinating.

Towards the end of this complex but very readable book, a story of the way life in Britain has changed emerges. Looking at these results over long periods allows trends to be spotted such as the link between mothers smoking and low birth weight. Even if, as was often the case, no-one isn’t sure why it seems to be a good idea to ask the questions at the time, later on looking at how various factors affect children’s development pays dividends.

You might think that this would be enough to sell the idea of running these to politicians, but the story of the cohort surveys is of dedicated scientists constantly having to fight for funding and support. Many real characters emerge, without whom much of this information would never have come to light.

One constant result seems to be that if you are born into poverty or a broken home, you’ll find life much harder than those with a more fortunate start in life.

However, the 1970 cohort, my lot, showed that children who read for pleasure tended to advance further in vocabulary, spelling and maths between ages 10 and 16. This mattered more than having a parent with a university degree.

So, don’t put your daughter on the stage Mrs Worthington, send her down the library!

One response to “Reading is good for your child – FACT”