Looking for the happy ending

Phil: Does anyone else feel like they are being blown along by events at the moment?

We seem to be inching along to some sort of normality, but with very little idea what the new version of “normal” is, or whether it will be as nice as the old version. Everything is up in the air, except those hoping to go on holiday, who suddenly find themselves grounded.

Maybe this is why books are such a comfort. Even in the grimmest of “misery memoirs”, the ones that start with rape and get progressively worse, you have the expectation that by the end, everyone will be happy again with the worst of the problems behind them.

In our genre of humourous chick-lit, the girl will get her boy and be heading off to happily ever after land. I don’t think that I’m giving away a massive spoiler if I say that we expect Kate and Dave together by the end of our series. Anything else would upset the readers.

For most of us, Covid is the first time we have been in the middle of a massive event over which we have little control. We don’t generally, live in a war zone or a famine thank goodness. Now though, we look at the news and wonder what new plot twist is about to come our way. I’m hoping that whoever is writing this story and think that they have thrown quite enough at us. It’s making me have sympathy for our fictional characters and the wringer we have to put them through!

Let’s just hope that we’re a long way through the story and can soon close the cover with the satisfaction of a happy ending.

What’s in your background?

Phil: In the world of lockdown and social distancing, while we might not be meeting up with others, another portal has opened into all of our lives – the Zoom video call.

Suddenly, your friends and colleagues are able to gawp into your house and we can see into theirs.

This calls for some work on our own personal TV studios. Politicians go to great efforts to include suitable books behind them. In general, books are a safe choice as they say that you can read – and being able to read counts as being an intellectual nowadays. The suspicion is that no-one has actually opened the volumes behind them but interviewers never seem to ask.

Others take a different tack. My favourite is seen above. George Hinchliffe, founder of the Ukulele Orchestra of Great Britain. In the video for their superb and hilarious rendition of Wuthering Heights (get me with the literary references) he has casually hung some printed 50 euro notes among the instruments. They are never mentioned, just there. The rest of the band, also working from their own homes, have entertaining staging.

I’m not immune. Recently, I had to interview telly star Tim Dunn, and realised that the background of my clutter “office” wasn’t quite right, so dressed the set with some trains (we were talking about trains).

There is even a sneaky advert for the magazine I edit.

Tim, being a proper nerd, had done likewise.

What you don’t see, because I edited it out, is the discussion over the large scale High-Speed Train in the background. Tim also recognised some of the models behind me. He is that much of a rail anorak.

The point is that we have yet another way to send out subtle messages about ourselves. Like the face coverings last week, this is all new thanks to COVID. Twelve months ago, who would have really considered all this, now it’s second nature.

Anyway, time for some entertainment. Just play this.

Covering your face, in style

Face coverings, or masks, are in the news at the moment as the government flails around trying to work out if we should be wearing them. I’m no scientist, but even though don’t have to, as I write, I have been wearing a covering in shops and confined spaces for a couple of weeks. Some would suggest that this is a good thing, virus or not.

Exactly what you cover your mug with is a big decision. These things are going to become like ties – a way to express yourself.

My main mask has VW campervans on it. I’ve also Dr Who, steam trains and a sort of trendy stars design. This collection is likely to grow over time. They are fun, as well as potentially helpful for health.

This makes me wonder what sort of covering the characters in our book would wear. After a little discussion with Candice (there is fashion involved, I’m out of my comfort zone), here are our thoughts:

Kelvin – He’s in IT and has no sense of style. One of those blue disposable paper jobbies will do the job.

Gareth – He’s going to keep forgetting his mask, but it’s probably going to be something picked up on his wife’s cattle farm. She will disapprove of the idea but when he askes, she’ll have something from an agricultural supplier handy. If he’s lucky, it won’t smell of dung. If he’s really lucky, someone in the office will save him from Tracey’s joke present of a gimp mask.

Tracey – Now we are talking. Tracey will want a covering that says designer. It must have logos. It must be exclusive and expensive. This article from Vogue will help.

Kate – Our hero will quickly acquire a selection of discrete coverings that will co-ordinate with her outfits. Not for Ms Smith, the leopard print that Tracey will doubtless be sporting. Maybe she’s started with this Wolford number as worn by Jenifer Aniston as it’s streamlined and will go with most business attire. These Citizen’s of Humanity masks send out the right message to the more “right on” client, her wardrobe is all about image after all. It’s politer to drop hints via the medium of clothing rather than shout, “WE’RE REALLY KIND AND CARING AND DON’T YOU FORGET IT!” at a new lead. The one she won’t be wearing, is the Kittens and Cats mask someone in the office bought her as a joke, no matter how much any of the cats looks like her Olly…

So, what’s on your face? 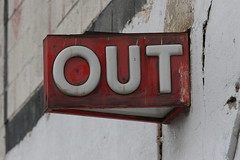 Phil: Have you spent time on Twitter recently? It seems that boasting that you have no intention of visiting a pub, park, beach or anywhere else the #covididiots can be found, is very much the fashion nowadays.

The boast is bandied about with the same pride as people used to have when announcing they don’t have a television. Superiority seeps from their pores as they try to pretend that they are too busy reading complicated Greek poetry or other “worthy” pursuits to lower themselves to watch the box.

Now, people are proud that they will never, ever, ever visit a pub again in a million years.

Not being able to get out and about has been an interesting experience. Incredibly frustrating for me as much of my work relies on going to shows where there will be several thousand people, many in high-risk groups. All that stopped in March and it’s not looking like it’s going to start again any time soon. Best bets are that 2020 is over, and the first half of 2021 is looking shaky.

Necessity is the mother of invention and last weekend, our magazine attempted a “Virtual Exhibition”.

There were displays made up of photos and videos to replace those found at a physical event. We managed to have model-making demonstrations via video too.

Being on-line, we did things you can’t do in real life too, such as interviewing people from around the world. While there is a little bit of this on stage at our London event, working via Zoom, things were taken to a whole new level. We are now used to “proper” telly being done this way, and technology allows us all to have a go.

The result was a huge amount of work – but it paid off. Plenty of visitors to the event and loads of great feedback. While you can’t really replace the physical show, what we produced wasn’t a bad alternative.

Have we created a new type of event? Could it carry on in the future even when the “real” shows come back?

Who knows. What I can be certain about is that the on-line genie is out of the bottle. I’ve seen a few virtual events aimed at writers. Candice is off to a concert, with bopping, in a car park. Some of these will become popular, others will lose their novelty value. Humans are adaptable.

The future probably won’t look anything like we imagine.

Candice: So, it’s 101 days since the UK went into full lockdown. Since then I’ve:

I’ve proofread two books, read at least 10 more; some good, some truly terrible (Phil, why did you make me read ‘The unbearable lightness of scones’, that is 4 hours of my life I’ll never get back!)

I’ve got frustrated, been in tears, and been angry with the stupidity of all this, and all the people who will insist on putting stupid comments on social media. I’ve turned off my social media and then slowly dipped back in, but once a day rather than every half an hour, to temper my anger.

I’m still not sure what the new norm will be. I’ve got used to only going to the shops occasionally and timing it for when it’s quiet – my bank balance is much happier for this. I now look up when I hear the sound of a plane going over, as this is a very unusual occurrence. I crave a holiday, but I have no idea what that will look like when it comes. I know I’ll be shattered when I eventually have to start travelling to the office, and I’ll have no idea what to wear. And the idea of having to do my face and hair each morning….

But I know I’ll look forward to seeing people. I have really missed socialising. I’ve been lucky and seen quite a lot of my family but, apart from school-related people, everyone else has been hibernating. I went for a run on Monday with a work colleague, at a distance of course, but it was so nice to see someone different!

And my writing chum and I – well we have our second meet on Friday. Coffee, cake, either end of a park bench and book talk. Sounds good to me.