It’s a Jungle out there 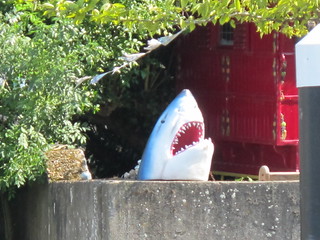 We would be the first to say we aren’t experts in either, but we’ve given it a darn good go.  My background in Marketing has helped with some of the ideas but there are two things we have been lacking in, money and time.

Along the way, we’ve worked with and paid for services from people, and some of this has been good and some of it not so good.  We’ve been promised the world and had delivered the Isle of Man.

So this is a cautionary tale for those interested in writing and then marketing their product.  NOT EVERYONE IS ON YOUR SIDE.

We are not going to name names but here are some hints and tips on what to look out for:

Phil and I have reached the point where we really need some help with our marketing and have identified that social media would be a good route to tap into our audience.  But when you search the web for someone to do Book Marketing the options are infinite.  Costs vary from £100 a month to £2500 for one press release. Everyone promises to deliver a great return, but I know from experience marketing is very hard to quantify unless to have a good marketing plan.

Now, luckily for us, I have already done the groundwork and we have social media sites created, we just need followers which then lead to sales.  Everyone I talk to I ask the same question – what’s your conversion rate?  I want to see some numbers here for my dosh, that certainly what I would expect from a business to deliver at work.  It’s called ROI – Return on Investment.

We are still looking but if anyone out there has some advice or good agencies they have used please let us know.  We want to keep away from the Sharks and sell some more stories.

Phil: Imagine a world very like the one we live in, but where women have no passports, money of their own, jobs – and are limited to speaking 100 words a day.

The word limit is enforced by a wristband every female is fitted with at three months of age. Each word spoken is counted and when you reach 101, you receive an electric shock. Keep talking and the shocks become stronger until you “learn your lesson”.

All of this is enforced because of a new brand of “Pure” Christianity that has taken hold. Spreading from the bible-belt, it’s now controlling the White House and everyone else.

As you read, it becomes obvious that people are adjusting to the new normal. Jean McClellan is the main character and we see through her eyes as her sons tell her that according to their lessons at school, a woman’s place is in the home. Chillingly, her daughter wins a prize for not speaking at all. Women haven’t just lost their place in society, they have literally lost their voice.

I found this a scary read. OK, it turns into a thriller towards the end, but the scene-setting is very, very effective.

What makes it especially uncomfortable is that you can see how this sort of thing could happen for real. Vice President of the USA, Mike Pence, won’t eat alone with a woman and has been applauded for this by the religious right. His boss isn’t exactly known for his consideration towards women either.

Don’t think women would all stand up and fight – the rise of the #tradwife movement is sending women back to the 1950s and while they might not be queueing up to wear an electric word-counter, they love the idea that women should stay at home doing what their husband tells them they are allowed to do.

Like all good sci-fi, Vox is a commentary on the present day. It holds up a slightly distorted mirror to our lives and the reflection acts as a warning to things that could happen if we don’t pay attention.

Mind you, I think the Nolan acts as a perfectly effective word counter when we meet, there is a look far more potent than any electric shock that says, “Shut up Phil, and do some work!”

Candice: Phil and I have been busy, busy, busy in the last week or so.  We are so close to having a suped-up version of ‘Kate vs the Dirtboffins‘ ready to get out there.  And have been looking at other marketing options so that this time it can have a really good push.

However, Phil has been traversing the country at his train shows and I have been tied up in workshops in the project I am working on, not leaving a lot of time for anything else.

Ah, but this is the life of most writers; working around the full-time job, family, fighting off a cold etc. ( I am also doing that at the moment – though not Coronavirus mind!)

We took a day out last week to convene over tea and cake and then get those laptops fired up.  We have always found working in the local library is a good spot as it has a good cafe (though this time I used my free tea and cake voucher for John Lewis down the road) but it also means we have to sit and work and not chat all the time.  That is our biggest downfall, chatting.  Being a team of two is great for writing and ideas but terrible for getting down to work sometimes, too much chat!

Anyway, Solihull library has some great desks which you can work from looking out over a courtyard, but also have subdued chat and drink coffee at too.  It means we don’t get ‘shushed’ all the time but the environment is enough to make us concentrate.

Some quick editing and then matching across the two different versions we’d been working on and then we were off.

There are a few new Chapters to put in, to split up the copy better, some continuity errors sorted and some new content.  Its nearly there.

We are both proud of the book, but have always felt it wasn’t quite as polished as it should be.  Now it’s a shiny penny.  So by the end of this month that penny should be on Amazon again, ready to be read by all.

And then on to finish book three….

When Korede’s dinner is interrupted one night by a distress call from her sister, Ayoola, she knows what’s expected of her: bleach, rubber gloves, nerves of steel and a strong stomach. This’ll be the third boyfriend Ayoola’s dispatched in, quote, self-defence and the third mess that her lethal little sibling has left Korede to clear away. She should probably go to the police for the good of the menfolk of Nigeria, but she loves her sister and, as they say, family always comes first. Until, that is, Ayoola starts dating the doctor where Korede works as a nurse. Korede’s long been in love with him, and isn’t prepared to see him wind up with a knife in his back: but to save one would mean sacrificing the other..

Phil: When I read this on the back of My Sister the Serial Killer by Oyinkan Braithwaite while browsing the new books shelf of my local library, it did its job, grabbing me enough I wanted to read the story. With three books in my hand, I left it but came back a couple of weeks later and searched for it on the shelves.

Set in Lagos, it tells the story of Korede who keeps having the clean up when her sister murders her latest boyfriend.

As a nurse with a cleaning compulsion, she’s ideally placed to help, but when the sister hooks up with a doctor Korede facies herself, things get complicated. She can’t tell anyone about this except a patient in a coma.

Through the story, we learn some backs-story about the girls’ abusive father and his death (not their fault, but they were present) and this might give an insight into Ayoola’s behaviour. That, and she’s a little princess who’s never heard the word “no”.

The book has won awards, but I wonder if this is down to a metropolitan art crowd being excited by a book set firmly in Nigeria and making good use of the rules and traditions of that country. You are immersed in a way no non-native could ever do and some of the characters’ behaviours are appalling by Western standards. If you think the British class system is bad, the Nigerian one is far worse. It troubled me that the “house girl” never seems to warrant a name, nor any consideration for her constant servitude by the main characters for example.

I’m not sure the story every really gets going despite two deaths and a third close-call. The coma patient wakes up and remembers some of the stuff he has been told, but nothing happens with this.

The premise is really strong, possibly stronger than the book itself. Having said that, the setting fascinated me and I’m tempted to look up many of the foods mentioned. Maybe this is the best part – I was really taken to a new world, and that’s what reading should be about.