Piling on the Christmas pressure

Phil: So there we are, sitting in a cafe awaiting the delivery of drinks and cake, and La Nolan passes me a Christmas card. I open it up and along with the exhortation to have a merry festive period, is the message above.

I mean, we’ve only just finished Book 2. Can we really be releasing book 3 in 12 months time?

Worse was to come. We exchanged gifts. Normally this is a low key business but this time she insisted that I open this, “Because I want to see your face.”.

I did as I was told and found a copy of the book Make a Killing on Kindle.

Ahah! I realise that as the techie half of the team, it’s going to be my job to make sure our books are found by as many people as possible.

But there was more to come, I opened the cover and found:

It seems someone has serious ambitions and loves Only Fools and Horses.

Somehow, I suspect I’m the Rodders in this partnership. I’ll be getting a 3-wheel van. Candice will be behind the wheels of the Capri Ghia!

Candice: I’ve let Phil do most of the writing on the blog this year.  Being a parent and working full time does not allow a lot of time for thinking so I keep it for book writing and editing rather than blog writing.

But I felt we were  missing our traditional Christmas blog post about photocopying bums at Christmas parties.

The first book finishes with a Christmas party, and I still like the way that it opens.  I can still see dry ice and characters walking through the fog in a ‘Batman and Robin’ style.

I had my work’s Christmas party last week.  I can only just write this blog now as my head is still recovering.  I am not the best drinker so try to keep the alcohol intake to a minimum, this was not the case with my work colleagues who also decided that, as organiser of the Christmas do, I should have lots of free drinks as thanks.  One of those was a Jagerbomb…

I sloped off at midnight as I’d had a good two hours dancing and drinking since a lot earlier, I was an early bird compared to most.

I have a love/hate relationship with the Christmas party.  I pretty much always end up organising it, because no one else will, but it also means I have to spend a lot of time dealing with people asking stupid questions – what time does it start, how much is it etc.  But once the meal part is out of the way – ‘ herding cats’ is how a colleague described it, then I got what I really wanted. A chance to show that Mrs Demure in the office knows how to shake her butt.  Think more Tracey than Kate.

The other thing I had to organise was the Secret Santa, yet another herding cats experience.  However, I ended up with a well thought of present… a magic mug with that – when you put hot water in to it, the book appears.  Someone had been listening then.  So thanks to Secret Santa, I’m chuffed with it.

Time to gather up our ideas 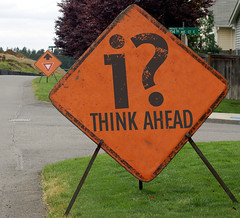 Phil: With Kate vs the Navy now out, we are pondering the third in the series.

Much of the humour and many of the important scenes in both books are based on our own experiences. HIA, from Kate vs the Dirtboffins, is influenced by one of my past employers. Recently, I met someone who reckoned he could write a list of real people who match the characters in the book…

Kate vs the Navy has the plot pivoting on an incident that happened to Candice. I’ve wondered for a long while what we would have done if it hadn’t happened to her (no spoilers, but if it helps, she did blog about it at the time). The resulting plotline made a lot of sense both for this book and the story arc covering the whole series.

So, now it’s time to mine our lives for more events to turn in to the plot. We already know that my job history is likely to provide the location for the latest set of adventures. I know it’s Candice’s turn, but I’ve worked in weirder places than she has – which probably tells you something about me.

One little tidbit I’m keen to include is a driving assessment I recently undertook. These are a requirement for anyone driving one of the firm’s cars and so I had to cruise around country lanes for 50 minutes trying not to crash into any tractors while a man decided if I was safe to do so.

Now the idea of people criticising your driving is a real horror for most people and I reckon that all our characters would be hilarious if placed in this position. Kate especially would find it hard – she’s not good at “feedback” at the best of times and she’ll be just the sort of person who thinks they are a great driver simply because they know which foot makes the car go quickly. Tracey, on the other hand, thinks she’s a good driver because her lipstick, applied while looking in the rearview mirror, is perfect.

Anyway, Book 3 starts in the new year. We better hope our festive crackers have thinking caps inside them.

Like so much of the DIY publishing world, getting a book out involves quite a steep learning curve. Last time, we spent money with a co-publisher to allow us to concentrate on the writing and publicity. This time, we put the money into copy editing and did the rest ourselves.

We could get away with this because Amazon has splashed some of their cash on a Print on Demand publisher called “CreateSpace”. This means they can offer a service where we upload text and (professionally designed) cover and then everyone can buy the book exactly as they would any other publication. There isn’t even a delay – I ordered the first copy and it was in my hand two days later. Look and feel is good, and better than other similar services we’ve seen.

Best of all dear potential reader, the cost to you is lower than for our first book. A tiny £5.99. Possibly the best bargain this Christmas.

As we sat at our table in Akamba, team NolanParker congratulated ourselves on Book 2 arriving. Not many people write one book, let alone two. However, there isn’t time to be smug, we need to crack on with Book 3 so this time next year, the pile will be even bigger…