Catching up on my reading 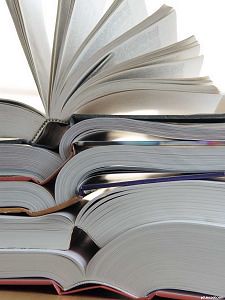 Phil: One of the nicest parts of writing with the Nolan, apart from the cake, is the broadening of my reading matter. Just 7 years ago, I’d never dabbled in anything on the chick-lit spectrum, in fact my reading choices had been quite limited. Odd, as I was a voracious reader as a child but somehow, apart from a bit of Sci-fi, I’d drifted away from the paperbacks. Now, I find myself presented with all sorts of books, and try to return the favour.

Anyway, I’ve been catching up a bit on the backlog with a couple of novels in just over a week.

First up, “How to be single” by Liz Tuccillo, which the Nolan read on a train a couple of months ago, embarrassed in case anyone spotted her wedding ring and wondered if it was an instruction manual.

It’s not, although I think it wants to be a bit more serious than just a novel.

What we have is four women, including the narrator, all very different apart from living in New York. Are you aware of Sex and the City? You are? Well, it’s like that. A lot like that.

Basically, our narrator works in publishing (Like S&TC Carrie) and punts an idea to her boss (Candace. As in Bushell, who wrote S&TC) that she’ll go around the world investigating what it’s like to be a single woman in different countries. She’ll even pay her own expenses.

Yeah. Right. Like that’s going to work on the back of a book deal for a new author.

Anyway, she heads off around the world and there is a bucket of cod psychology and stuff. The mostly barking friends turn up sometimes and there is a bit of shagging. Probably some other stuff but if I’m honest, half way through France I got bored and skimmed most of the rest.

Rather more succesful was Strictly between us by Jane Fallon. My enthusiasm for this book was piqued by Candice writing a blog post that I wasn’t allowed to read as it gave away important plot points. I managed to avoid reading it and am glad I did.

The book is a lot of fun. For a start, it’s firmly written from inside the main characters mind. She not only leads the reader through the story, she actually talks directly to us in a fourth wall breaking style. Later on, we have the same effect from other characters. Suddenly we are seeing scenes from different viewpoints and most of the time each person has a very different take on the situation.

Each character seemed believable too. Our lead Tamsin isn’t perfect and her foil Bea isn’t all bad. Maybe bad-boy Patrick has no redeeming features, but then that’s chick-lit for you.

The pure first-person point of view works really well and I’d suggest that this could be happily read and enjoyed by either gender. Chick-lit is just a label to help people work out where the main market is.

In sport terms, I guess we call this a draw. I’ve sent a book in the other direction and it will be interesting to see how it’s received.